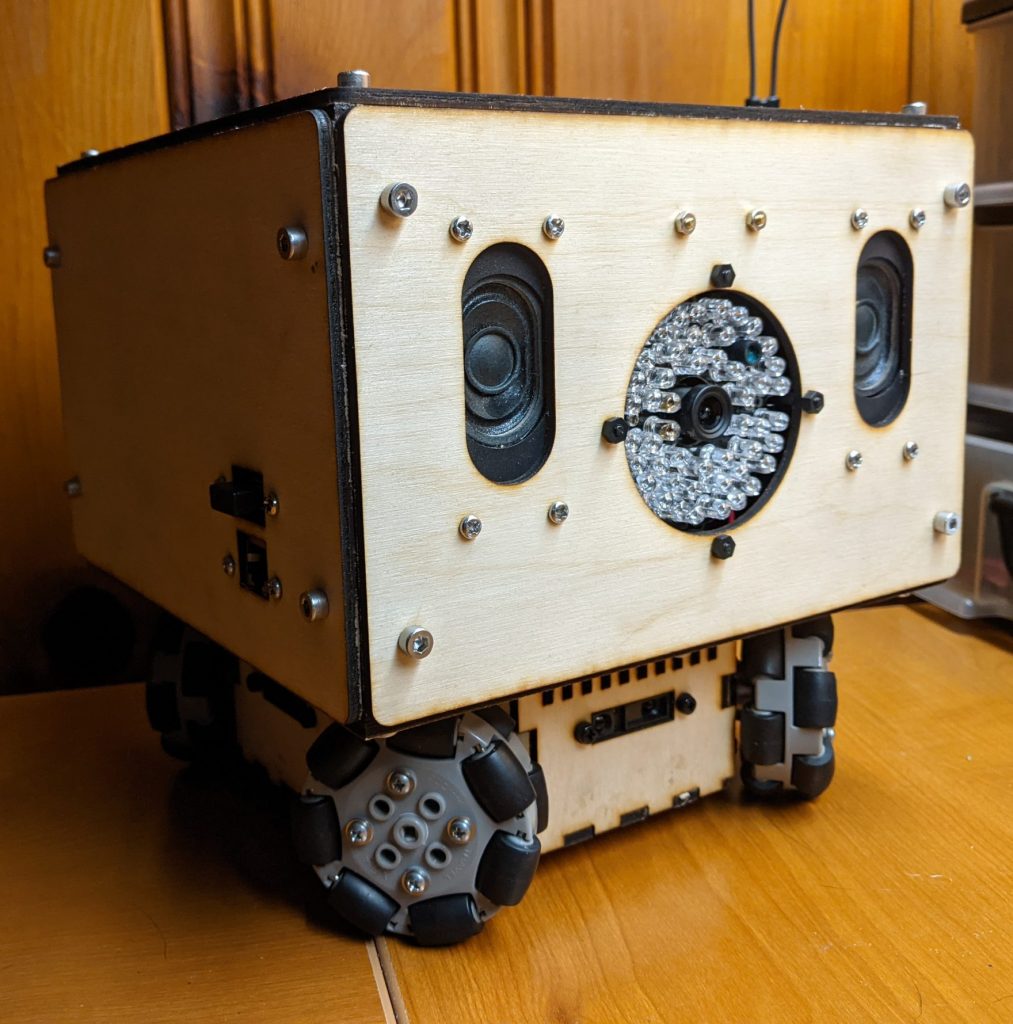 I’m proud to report that my newest robot iteration has been built. Look at it in all its glory:

So far, all I’ve been able to verify that the basic system is working as intended. The LCD screen is working great. The power consumption is rather low at idle (assuming the IR illuminator isn’t triggered). The I2C bus is showing that the 4 channel ADC is working, as is the accelerometer. The camera is also working well.

Now that the basics are all verified as operational, it’s time to start testing things further.

In short, everything needs to be implemented. In no particular order, here’s what I have planned for the next few weekends:

The initial version will focus on allowing easy remote control via any web browser that can connect to its built-in Wifi hotspot. The user interface should be simple and intuitive. Within 5 seconds of loading the website, my wife should be able to use it to chase the cats around in the dark.

Once I’ve gotten that far, the sky’s the limit from there. I could start learning about AI, and pursue making the robot autonomous. I could instead focus on making it as small and energy efficient as possible. What about making them as cheap as possible, so that I could have a swarm? Lastly, I could instead focus on making it able to navigate outside or in water.

In whatever path I choose, I’ll be able to reuse large amounts of code and object models. I’m looking forward to that.