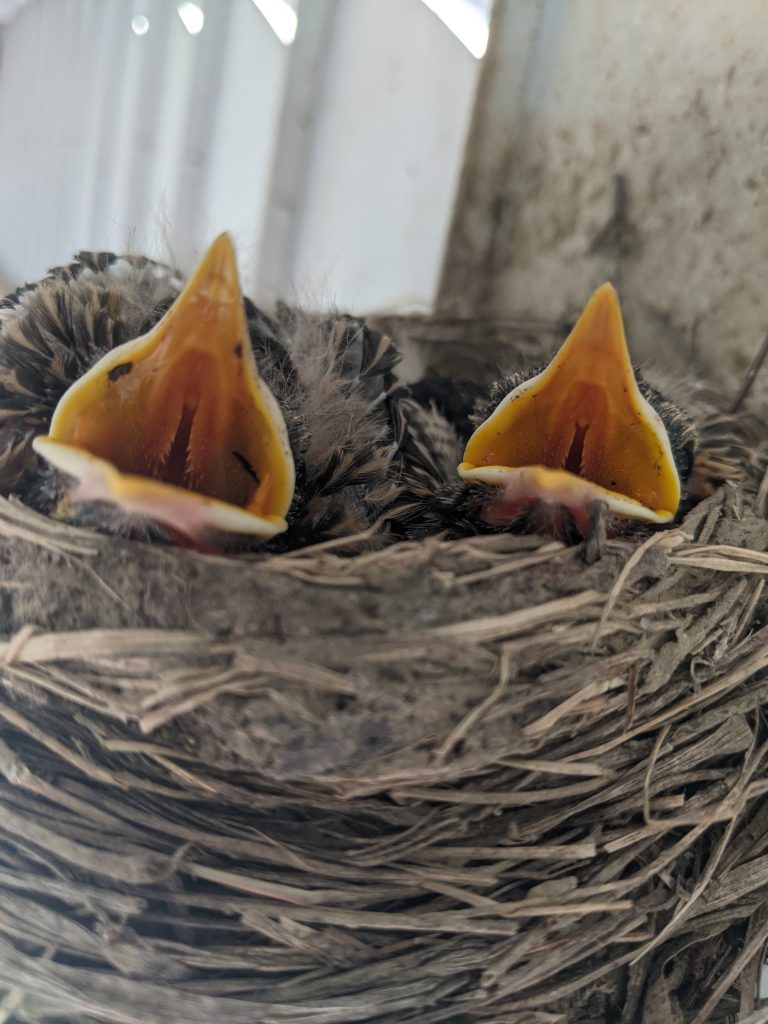 I’m testing out a new gallery plugin. Here are some photos that I took of some baby robins in early summer of 2021.

It was sometime after the initial Sniffle Snafu Panic of 2020 that I realized I’d not updated my website in years. It’s unfortunate, but a cold hard fact of life that microscopic entities can be deadly. Bad times are inevitable if there’s a bad enough pathogen, and there will be death. That we’ve had. We should be reminded that we all should be grateful to be alive every day.

Around that time there was the proposal of 15 days to slow the spread. Expecting to bunker down for only a short period, I resolved myself to make a new website. I knew I’d not be in the office for a couple weeks. Fast forward many moons to the present year, and I’d still not yet accomplished my original goal. I’ve still not been back in the office.

That said, it’s been more than a few weeks. Time to go on doing what I can. Time to update this website.

It’s been some time since I’ve posted on this blog. Now I’ve actually been working on projects worth mentioning, the long period of neglect is over.

Sometime in fall of 2017, I decided to see what kind of robot I could make. Since going down the rabbit hole, the biggest hurdles faced thus far:

I’m no expert in the first three after less than a year of learning. I never expected to be. I only wanted to know enough to accomplish my goal: build a proper robot.

What makes a “proper” robot? I’ve decided upon these criteria:

Now that I’ve accomplished those goals, I’ve moved on to the polishing phase. Part of that phase includes writing things up in such a way that anyone else in the world could create the same robot.

In the mean time, here are some pictures from along the way: